“My 10-year-old son with Asperger’s was asked to write a poem for school titled ‘I Am’. He was given the first 2 words in every sentence. This is what he wrote.” 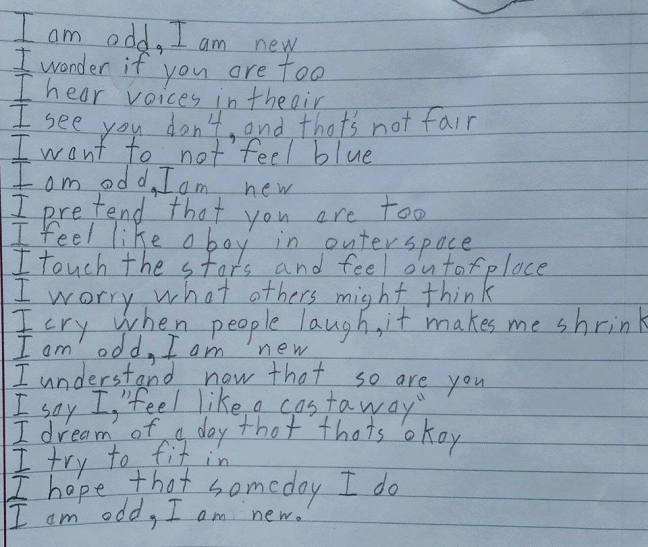 Since it was first posted on Facebook April 10, the poem written by Benjamin Giroux has gone viral.

“So beautiful made me cry. I’m a single dad. My 14 year old son is autistic with Asperger’s. Reading this made me feel like I almost got to look into my son’s head.”

Having his son express so much emotion was something new for Benjamin’s father, Sonny Giroux.

“At first, we felt sad and hurt that he feels isolated, alone, misunderstood and odd at school. As the poem went on, we realized that he understands that he’s odd and that so is everyone else in their own way, which is what Ben wants everyone to…