Stephanie Bennett-Henry – Begin with the mirror. The monsters to battle are there.

Maybe I was born in a room draped in blue that swaddled me into this sadness that follows me with a promise to always be there waiting to suffocate me. The walls close in to show proof of claustrophobia in the shallow spaces of where my breathing meets the screams meets the silence, I am shaken. The rhythm of my heart is broken, never did beat quite right, always exposed just enough to feel everything in such a way, I am paralyzed in the too much. Inhaling each moment that touches me until it becomes part of me and I am pieces. Busted glass that never did sparkle magnificent, but a dull mediocre, always hard to see from the inside looking out. So I stayed confined inside the prison I made within myself and I learned to love the dark, covered all the mirrors to hide the demons staring back…

LuckyOtter reports on the Families Belong Together rally in her town. 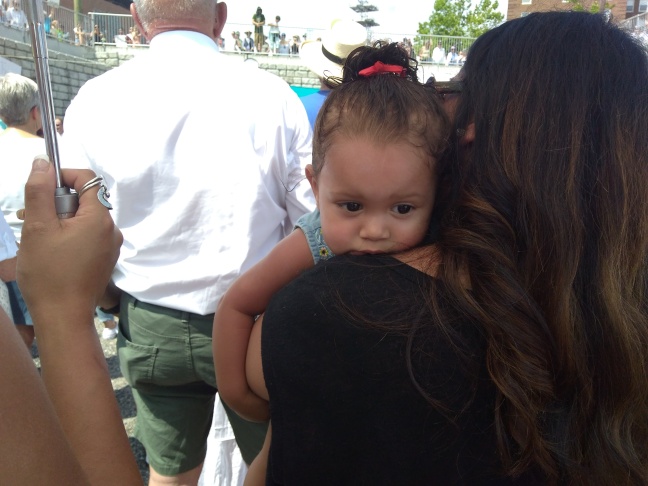 Today, all across the country, in over 700 locations, people gathered together to protest the Trump regime’s cruel and inhumane family separation policy, that has ripped thousands of children away from their parents at the US/Mexico border, and put many of those children in cages and detention camps.

Although it was searingly hot here in Asheville, NC, today, there was a large turnout, at least a few hundred people — and this is a small city!     This was the first protest event I ever attended with an actual sign I made.   Early this morning I went to Dollar General and picked up some inexpensive art supplies and then worked on my sign.  Here’s the finished result (I decorated both sides).  I’m not much of an artist, but I think the drawings managed to capture the emotion I was trying to convey. 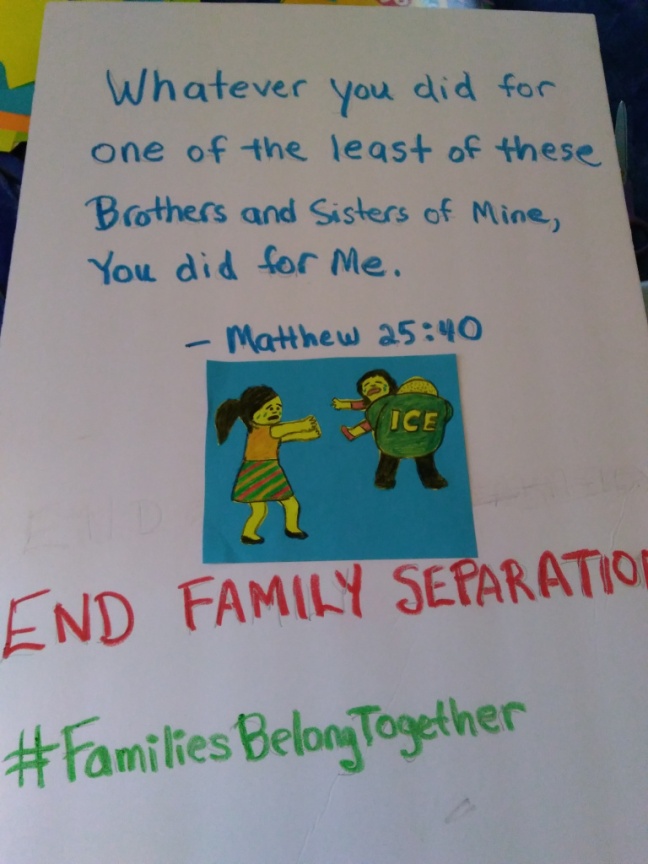 Jan Malique meditates on sunset, ceremony, journey, and the complex relationships of the dieties of ancient Egypt.

Strange Goings On In The Shed

The sunset on this evening triggered memories of attendance at my very first Silent Eye School workshop in 2015. It was entitled River of the Sun and set in ancient Egypt in a time leading up to the ascendance of Ramses II. Interwoven in this drama are traces of a pharaoh considered heretical by followers of the old gods, the man in question being the pharaoh Akhenaten. A name I’m sure many of you have heard of. His death is long gone by the time we enter a new chapter in the land of Khem (ancient Egypt). Although political intrigue and the pursuit of power are ever present themes throughout the long history of this land.

The hero of our drama is a young man named Amkhren, who has aspirations of entering the priesthood of the goddess Isis, which eventually happens. The path…

Kristiana Reed brings a request, perhaps a plea in a poem at Blood Into Ink

Take my gasps for air

swallow me whole so

I’m the apple of your eye,

see me needing a saviour

Kristiana Reed day dreams, people watches in coffee shops, teaches English and writes. She is a curator on Blood into Ink, a collective member of The Whisper and the Roar & Sudden Denouement, and blogs at My Screaming Twenties. She is 24 and is enjoying the journey which is finding her voice.

The Psy of Life

Reflecting on the disastrous Supreme Court decisions of late, I’ve come to the realization that it isn’t the United Fucking States of Fucking Stupid, it is the United Fucking States with the Split Fucking Brain. Our collective left hand don’t know what the fuck the collective right hand is doing! The liberal left is freaked the fuck out by what the conservative right is up to. It is like we are pursuing two different agendas with two wholly different goals in mind.

For the last few weeks, I embarked on a personal project that compares two books, each one representing two strands of Christianity and their approach to reading and interpreting Scripture. The first book is Women of the Word by Jen Wilkin, representing the mainstream, evangelical view. The second is The Bible Tells Me So (my second time reading it) by Peter Enns, representing a more progressive (some might say “liberal”) view.

If you’re familiar with my work, you might assume that I align more with Enns’ view of the Bible – and you would be correct. Wilkin’s book was recommended by a conservative Christian blogger I follow on Instagram. I’ll be honest: I ordered it used from Amazon fully expecting to hate it. I thought it would proclaim innerancy as the only way to read Scripture, refusing to thoughtfully consider the more disturbing parts that involve rape, slavery, and genocide.

Nora Bateson – The revolution of evolution is not planned in the counsels of the “powerful”. Look elsewhere for its womb.

“If I told you that a flower bloomed in a dark room would you trust it?” -Kendrick Lamar

The revolution, the evolution is not going to be found in conference centers or seminars in 5 star hotels. It won’t be definable in righteousness or sanctimony.

The resonances will be and are where the pain has been–where there was no choice but to become unbreakable.

Where the scars are generations deep and sculpt into raw, sassy, funny, sexy, harsh, confusing.

Laser sharp intelligent literacy of metaphors; the messages wont be sterilized in direct instructional language. The (r)evolution is not a Lego set to assemble, it is alive.

The alchemy of change changes as it changes.

The logic of the current systems is not so useful for the task. It leads back to the academy, city hall and the bank. Those are not the places were unbreakable is made. 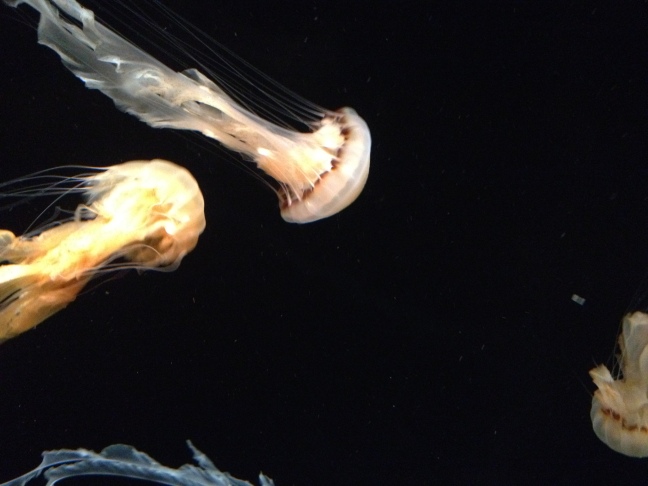 Christine Ray – The smell, the taste, the feel of Fall not far off.

chill in the morning air
brings blessed relief
soothes my fevered thoughts
aromas become crisp
tart apple on my tongue
change is in the air
possibilities wind-blown leaves
swirling at my feet
edges newly turned
crimson, pumpkin, gold
some worship spring
verdant and fertile
but I am a woman of the North
explosion of my colors
rich in the fading light

I tore my chest open with my own bare hands, to let out all the deep breaths I’ve been holding. Hoping I could breathe again but my lips love the color blue.

I cracked my ribs to get to my heart. I wanted to see the commotion of all the broken winged birds in there, but all their beaks are silent. They stopped singing or maybe they are ready to sing a song for someone else.

It’s the same old tune here about how they want to fly away, but the tips of their wings are dried concrete from the time I built a wall around my heart. These knots in my stomach are never going to untie themselves. That’s what the birds are for. But they cannot save me anymore.

It’s all me now, trying to breathe with this lump in my throat, trying to live through this feeling…