LuckyOtter is seeking what may be some rare folks. 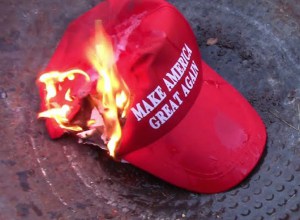 Former Trump supporters who had a change of heart and turned against Trump — or even joined the resistance! — seem to be pretty rare.  In fact, I don’t personally know of one Trump supporter who has changed their mind about him.   I’m sure there must be at least a few out there.   There just has to be.  Right?

My daughter’s ex boyfriend was a Trump supporter, and a few months ago I wrote about a conversation we had where he seemed to consider my point of view.  But he never actually changed his mind and to this day, he still thinks Trump is doing a good job (this is one of the reasons my daughter broke off their relationship).

Because former Trump supporters seem to be as rare as blue diamonds, I’m on a quest to find one, and publish their story here on my blog.