LuckyOtter describes her reactions to the portrait of dementia 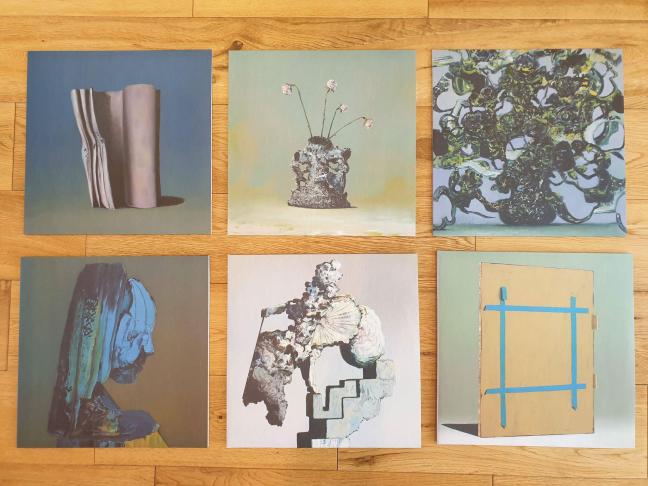 All artwork illustrating the stages of dementia are by Ivan Seal.

Yesterday I gave you a bit of background about Everywhere at the End of Time, a  musical and artistic masterpiece by “The Caretaker” (James Leyland Kirby), a British composer and musician who became deeply interested in Alzheimers Disease and the process of dementia, and composed a six album work depicting what the descent from near normality to the empty void of total memory loss would feel like.

I suggest you read both these articles first (and watch some video reviews about it first), before diving into this thing.  I will warn you right now:  it’s dark and at times both tragically sad and existentially terrifying.  You may feel overwhelmed or have strange physical sensations such as cold chills. You might feel scared or paranoid. You likely will cry.  In my opinion, listening to this…