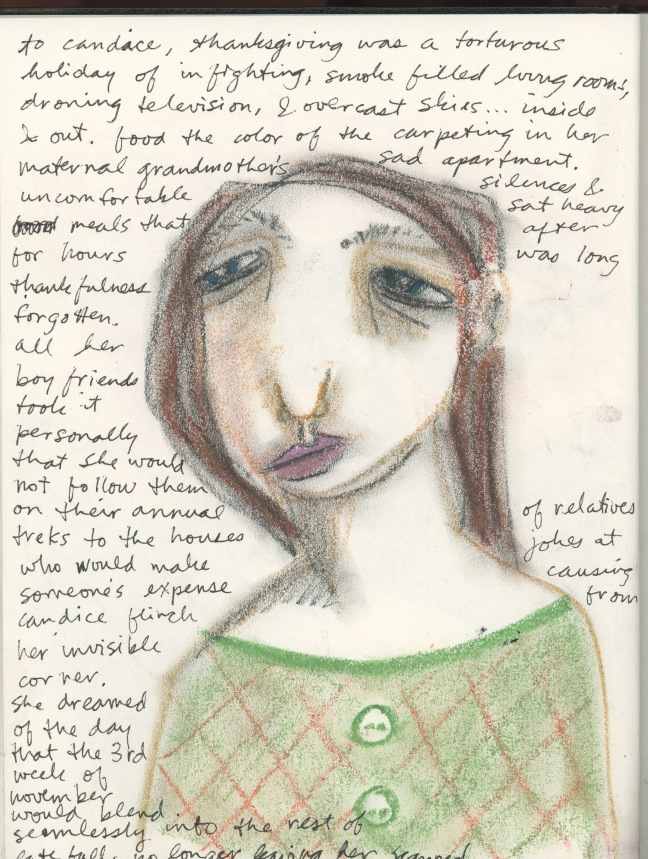 to candice, thanksgiving had become a torturous holiday of infighting, smoke filled rooms, droning televisions, & overcast skies inside & out.
food the color of the carpeting in her maternal grandmother’s sad apartment.
uncomfortable silences and meals that sat heavy long after thankfulness was forgotten.
all her boyfriends took it personally that she would not follow them on their annual treks to the houses of relatives who would make jokes at someone else’s expense causing candice to flinch from her invisible corner as some of the barbs (i’m just joking! can’t you take a joke?) hit a little too close to home.
candice dreamed of a day that the third week of november would blend seamlessly into the rest of late fall, no longer poking at the scars of her so-far survival.

so i have some thanksgiving baggage. i stopped going to my family thanksgivings as soon as i was…

Contemplations From A Black Star Citizen.