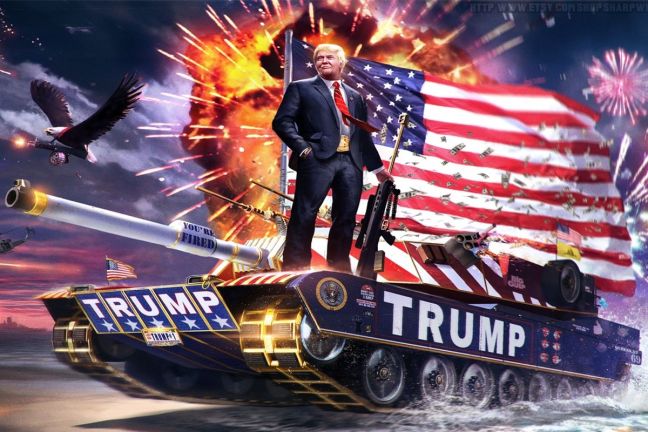 Jason Heuser’s illustration was meant as an ode to Trump, but actually is an accurate depiction of his narcissistic sense of grandiosity and toxic masculinity.

Trump has a funny way of taking bipartisan things that traditionally unify people and make them divisive and political.

Just as he has done with Christmas and football, Trump has politicized the 4th of July, by using our tax money to pay for a ridiculously expensive, and ridiculously tacky,  spectacle of power and military might complete with tanks and salutations by the various branches of our military to Dear Leader himself.    Not only that, but he has designated a VIP section just for his wealthy donors.   And just like with his golf trips and his tax breaks for the rich, WE are paying for it.

There is absolutely nothing patriotic or American about this disgusting spectacle making its way down Pennsylvania Avenue today. …

SHORT STORIES AND OTHER FICTIONS

looking in your window

wide awake when my head hits the pillow

Words are dangerous tools. You need the User Manual.